Giving Up The Day Job and Going Self Employed

Let the journey towards self employment begin

It was 2009 and I was a working at Citibank who had taken over Egg Bank just a few years back. After working in various departments, I was now a customer experience manager.

Over the last 10 years I’d worked so hard, but now I really wanted to a tidal shift in effort/reward ration. In other words, I wanted to earn loads more money without much more work. I also wanted to do something meaningful with my life, but the banking world was becoming rather painful and unpleasant to work in because of something that would become known as the financial crisis.

I’d been at Egg for 10 years, some might say man and boy. Egg had this fantastic culture and invested heavily in developing its people. This meant I had received some incredible training and development from a wide range of inspirational people.

Looking forward I wanted to be able to earn more by doing something that I was passionate about. Whatever it was, it needed to be something that inspired my son and me while securing our families future. No small, order then!

The challenge was going for promotion or a high-level job in another company would just dig me deeper into an industry I no longer liked. The next level up would also mean me sacrificing time with family, something I wasn’t prepared to do.

Lastly, I was scared to get a job elsewhere. Egg had given us so much training though none of it was based around formal qualifications, which made me anxious about applying for jobs elsewhere.

To make things worse, I felt terrible because for the first time I wasn’t passionate about the company I worked for. Citi had labelled Egg as part of its bad bank, and the culture had moved away from being positive and motivational.

Felt awful about the situation because I didn’t know how to break free or find the passion and enjoyment I once had.

Don’t get me wrong Citi was a very reasonable company to work for, probably above standard but in comparison to Egg, it was poor. I felt like I was living a false life and just doing the doing without any true purpose.

A trip to the hospital

Then one day I went to the hospital for a routine transplant checkout. When I say routine for about the last 8 years since my transplant, I would go to the clinic get a great set of results and walk out again smiling with gratitude.

This time I walked in and sat down just to the right of Dr Leung. We exchanged the usual pleasantries and had a bit of a laugh.

He asked me how I was, and I just replied with “ok, maybe a little under the weather, but fine”.

Honestly, I was feeling lethargic and run down, but I genuinely thought this was due to being in a job that I now hated.

Dr Leung then explained that my blood results were not looking good and I would need to have them redone.

“Fine, not a problem, I’ll get them redone before my next visit”.

Dr Leung then went on further to explain how bad they really were, bad enough that I needed to be admitted there and then. I was devastated and very scared. I was also concerned at how much the car parking would cost me if I had to stay in.

My world collapsed beneath me, and my certainty about the future changed in an instant. While in the hospital I needed an operation and overall the kidney problem stopped me working for 4 months. All this time off and massive job cuts happening back at work I was probably moving up towards the top of the list to be got rid of.

Then the light bulb moment happened!

Time to start planning my future

That’s when I realised sitting in a hospital bed I had plenty of time to dream and plan my future. I started reading different books about working to your strengths and listening to Tony Robbins ‘Personal Power 2’. The weird coincidence was they all said creating a fantastic future means doing something you love!

Flicking through all my skills and experiences, I started to evaluate what I thought I was good at, what people told me I was good at and what I loved doing.

Searching through all my career, I found the common thread and that was using my coaching skills to enable people to achieve their goals.

The foggy future now became crystal clear. To create the life I wanted I could set up my own coaching business. The answer was in making money from coaching people to reach their goals and overcome their challenges.

It quickly dawned on me I needed to learn how to be self-employed and run a company. I would also need some form of qualification and structure to my own coaching business.

Getting back to work I quickly manoeuvred myself towards redundancy, which didn’t take too long. I left in late 2009 with almost exactly a year’s salary to get my business up and running.

The start of being self employed

People often say, ‘ignorance is bliss’ and I can’t tell a lie this is partly what allowed me to take action. Fear just didn’t come into the equation because I hadn’t even given thought to the ‘what ifs?’

Another thing I learnt was it can seem so straightforward to do, but that doesn’t mean it’s easy. Going into self-employment I believed the film fields of dreams ‘if you build, they will come’, boy was I wrong.

You need to start taking massive action, constantly taking marketing action every single day. You can’t afford to sit back and wait for people to knock on your door, especially when you don’t even have a door for them to knock at.

As a result, I looked for someone selling personal coaching course qualification. It wasn’t long before I found a chap called Neil Asher who had a coaching business in a box course that included a qualification. Despite its significant investment I purchased his compete solution.

Neil’s course was pretty awesome, and it gave me all the tools I needed to venture out into the world and start talking to people.

Suddenly, I was back to taking focused action towards building my business.

I planned to start providing 1:1 coaching over the phone while going through each module of the course, which even included a module about marketing.

So, I started studying the course and offering my services for free to friends, family and old colleagues. This approach would help me gain the experience needed to become a fully qualified coach.

But I didn’t stop there.

I started going to networking events, a new experience on me and meeting new people was not my biggest strength.

But there was still a problem…

At networking events, the obvious happened I started to meet business owners. To build rapport with the business owners, I would ask questions about them and their business.

My questioning led me to learn that most small business owners don’t have good enough systems and processes. I was surprised to learn that a lot didn’t feel it would help them to things like, people development, incentive schemes, goal setting, 1:1 meeting’s, marketing strategies and forward planning to name just a few areas.

This was an alien world to me because I had seen what a massive impact these can have on people and customers.

There were internal doubts and conflicts that I hadn’t set up my business correctly. I wanted to coach people, but before you can coach someone to improve their need to learn the fundamentals. It’s like trying to coach a baby on speed walking before they’ve even learnt to walk.
At this point, we could have a debate about what coaching is, but we’ll leave that for another day.

Understanding the challenges business owners were faced with and what I was offering caused uncertainty about my business model. This uncertainty caused me to change direction. Instead of coaching people on improving themselves, I would help implement strategies that would skyrocket their business. Once the basics were in place, I could coach them on optimisation.

Changing business direction was not an easy decision initially, but I progressed onwards. Nearly a year had gone by, and my redundancy pay was starting to dry up.

But I couldn’t get anyone to listen to me, it all fell on deaf ears. Maybe it was because of how young I looked, my communication method or the name of my business.

I ended up getting so frustrated that I thought about giving it all up.

But something stopped me, maybe it was pride or stupidity.

I thought if I could offer services that would make it possible for small business owners to implement strategies and tactics from the vast business world, they would be massively successful and it would change everyone’s life for the better.

After nearly 12 months and spending almost every penny of my redundancy, not to mention working 12-hour days, I finally landed the ideal client I was looking for.

Like a snowball rolling into an avalanche once one client came onboard others came along.

I can now help clients to scale their businesses by putting solid customer and employee development strategies together.

Being self employed for 10 years…

I’ve now been self-employed for nearly 10 years all other which have been focused on helping small business owners to grow. I’ve helped business owners sell their business for over a million pound, I coached dozens of companies to smash their revenue targets and brought some businesses back from the brink of collapse.

Success Academy has grown to now offer a wide range of ‘done for you’ marketing solutions and coaching services that help you to uncover the most direct route to achieving your business’s full potential.

After creating Success Academy, I was not only able to lay the foundations of building something inspirational for my son, I’ve also been able to start building a legacy for him.

And in the end, all of this means I’m now able to control my own destiny.

The Google Ads world can be a confusing one. There are all kinds of different ad options,... 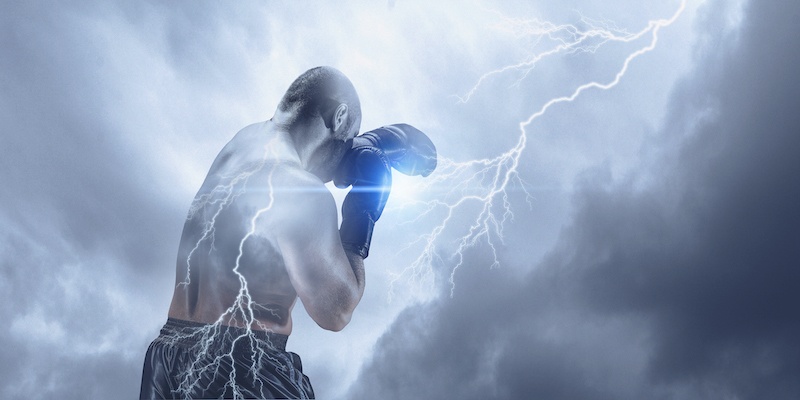 What does it take to earn that magical 6 figures income? From Homeless to 6 Figures in 3... 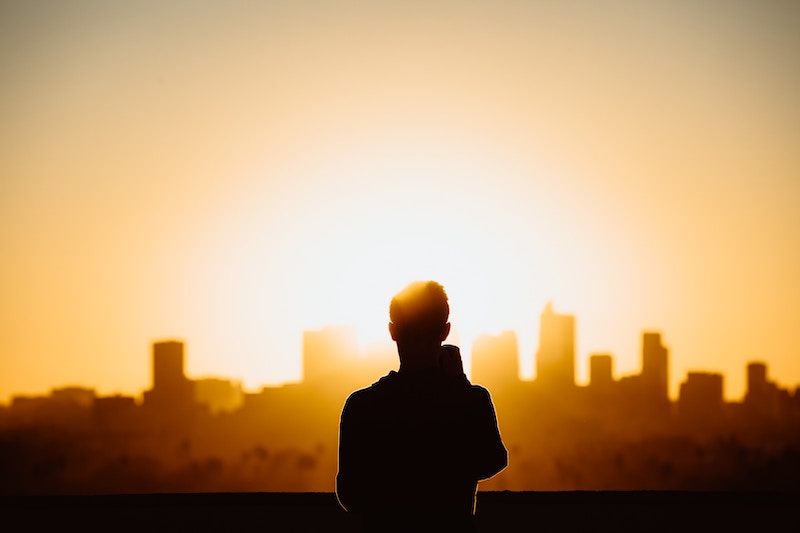 Episode Summary Running your own business as an entrepreneur obviously comes with risks....

Vicki has a powerful story to tell about her own life. If you're struggling to achieve... 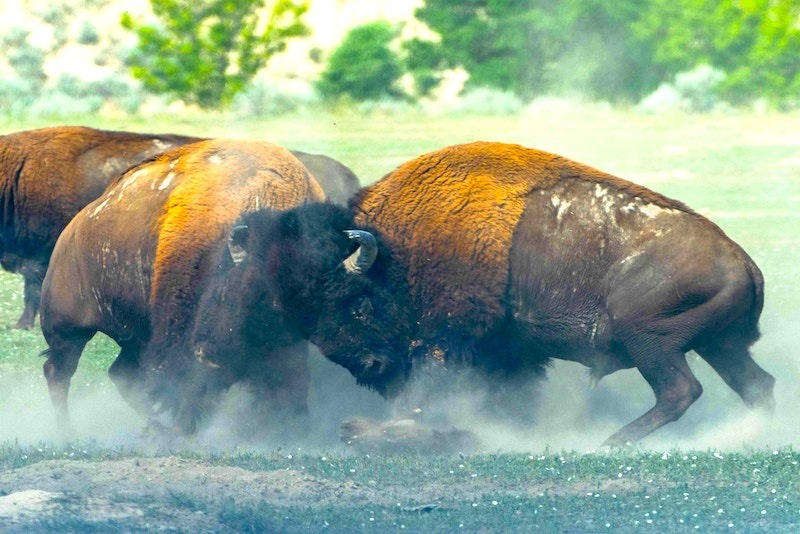 Introvert vs Extrovert – The 2nd part to my interview with James Powys. What are...